Imagine this. You’re at a restaurant and the waiter plops a huge rounded plate in front of you. Festering on this plastic plate is a steaming pile of- something, that is dowsed in a thick sauce which smells like a mix between French and Chinese. Every color in the eastern hemisphere of the color spectrum is present and vibrant. And to top it all off, the waiter decided to give you a pair of chopsticks and a slotted spoon to use as utensils.

You may be wondering, ‘how on earth am I supposed to eat this?’ It’s extremely unfamiliar yet unnervingly familiar all at once, making this a situation you want to escape from. You contemplate how it will taste, and even more lamentable- will it even digest well?

Sometimes, things that we depict as weird or strange or even wrong can seem like this disgusting plate of food I just described in gruesome detail. Have you felt that way about something new or something in opposition to your views or beliefs?

Friends, family, soon to be friends, I want to talk about acceptance.

Acceptance can be a sensitive topic. In our most recent General Conference, several, if not all, of the Church leadership exhorted us to uproot any sort of divergence within our communities, within the Church, and within our families. Everything would be so much better if we were just a bit more, unified, don’t you think? More love, less distaste. Support, not inattentiveness.

I’ve struggled with acceptance of other mindsets (and still do, sometimes). Different mindsets. Thinking processes that are different than mine. “Why do they do that?” is a floating question in my subconscious that just loves to be fished out and dangled in front of my reluctant conscious until I’ve had enough. I hate that I do this. I’m a naturally curious person, but like the saying goes, every virtue can be a vice. I’ve been working hard to get rid of it for many years and I can trace some of my great success to a good friend. In fact, she was a past missionary companion of mine!

One muggy night in Leesburg Florida, my companion and I sat on the matted, filthy carpet in our two-story townhouse. We were about to conduct something called a ‘companion inventory’. This conversation is somewhat of a full disclosure that all missionary companionships do once a week. Actually, because of these inventories, I learned some great communication and relationship skills. We would spend an hour or so communicating our thoughts, feelings, and ideas in a safe space with no judgement or offense. It was very refreshing!

Early into our time serving together, we acknowledged that we were different people. Sometimes there would be miscommunication and our understanding of one another became more complicated. As unfortunate as that was we were able to solve many issues through meaningful talks and some occasional walks around the block. (I’m sorry, I had to)

Well, on this muggy, Florida night we got on the topic of:

But before I get into that, I want to talk about the woman that inspired this blog post!

Her name is Sister Sharon Eubank and she is the First Counselor in the Relief Society General Presidency of the Church of Jesus Christ of Latter Day Saints. In a recent talk from this October General Conference, she delivered a short but poignant sermon about unity.

The talk was titled “By Union of Feeling, We Obtain Power with God.” Just that title alone is what was so powerful about this talk! Amongst the handful of topics she touched on, I was drawn to her emphasis of Zion.

All Christians have heard of Zion. Zion is many things; it’s that mountain King Solomon built his temple upon in the Old Testament, the joy of the Saints in all time periods, the Savior’s eventual kingdom, etc. etc. It’s spoken of in every single book of scripture in the Church of Jesus Christ. It is mostly described as a physical and geographical place, but is very much so, underneath it all, an abstract and more personal space. That is, our hearts.

One heart and one mind. That, my friends is unity.

The unity I was learning to develop with my companion helped us become best friends! After some prayer and counselling with one another, we began to portray feelings toward one another similar to the people of Zion. And those feelings were: charity, faith, admiration, humility, and hope, to name a few. Isn’t that the same way we should feel toward God? Toward our neighbors and enemies?

How to Accept Foreign Food

Take it one day at a time. Take it little by little. Allow that person to be who they are. Love them for who they simply are.

As I mentioned before, it’s understanding to be confused or upset about different opinions or viewpoints. It gets harder the older you get. You like the things you know and that’s that!

Throughout the months I’ve thought of this analogy very, very often while creating and rebuilding relationships. The world is full of a plethora of people. We weren’t meant to be the same. And that’s okay.

One with You. One with God. 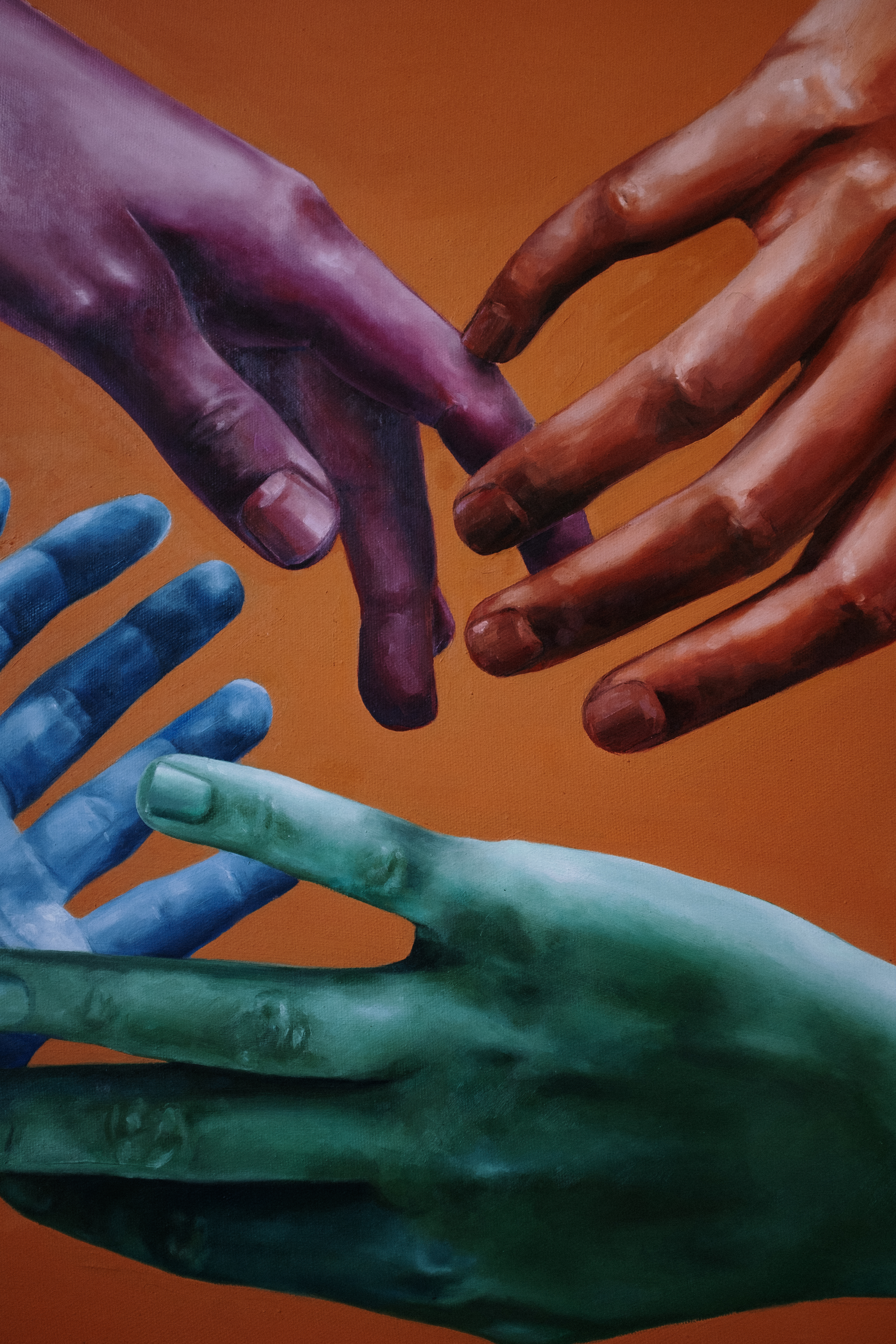 That they all may be one; as thou, Father, art in me, and I in thee, that they also may be one in us: that the world may believe that thou hast sent me.

Photo by cottonbro from Pexels

Let’s not allow differences to create indifferences amongst one another. It isn’t worth it.

I personally came to know for myself the powers of unity and love and they are dynamic and powerful! They will change the World if we will allow it to as well as generate it in our communities, Church, and families. In the name of Jesus Christ, amen.

Diyana likes a lot of things. She likes beauty. She likes reading. She likes writing. She likes foreign foods. She loves to learn about people and their cultures and backgrounds. She has been writing since before she can remember, creating stories and poems almost daily. She is currently working on two books. View all posts by diyanaw

This site uses Akismet to reduce spam. Learn how your comment data is processed.